Want to learn more about our Alnico Noiseless P90 - Humbucker? Here's all the information you'll need:

The Alnico Noiseless P90 Humbucker is the perfect pickup for those looking for a cleaner, more articulate tone in a Humbucker Cover. Even though we call it a P90, it’s not quite a P90: it has an airiness and sparkle not found with adjustable pole pieces. Also, it’s great for those looking to balance a dark guitar. You’ll find that this pickup stays clean, while still having a fat, beefy midrange and thickness commonly found with P90 pickups.

The Alnico Noiseless P90 Humbucker will not sound like a traditional P90, but one with a familiar Fender sparkle on the top-end. Clean and articulate when playing without distortion. You’ll find that the nuances of your playing will come out as this pickup “breathes” more than it’s compressed P90 counterpart. Chords have an excellent string-to-string definition, and single notes are round and warm. With distortion, you’ll find a breakup that is late and smooth with a familiar Fender Strat-type tone.

Our Alnico Noiseless P90 Humbucker features a pronounced midrange as well. You’ll find that the Alnico Hum-Cancelling P90 Humbucker will still sound fat and warm. The midrange is softer than a P90, but this pickup is fatter and warmer than our Big Single and Twangmaster.

Take a listen to our friend Mike Hermans use our Alnico Noiseless P90 in the neck position of his Tele:

Check out the comparison between a regular Hum Cancelling P90 and the Alnico Rod P90:

See below for the estimated DCR and Polarity Information for our Alnico Noiseless P90 - Humbucker.

*Due to the unique design of this pickup, ohm readings are not useful when comparing to other designs | ** Use 300K to tame a bit of the top end.

Looking for humbucker wiring codes? You can find them here. 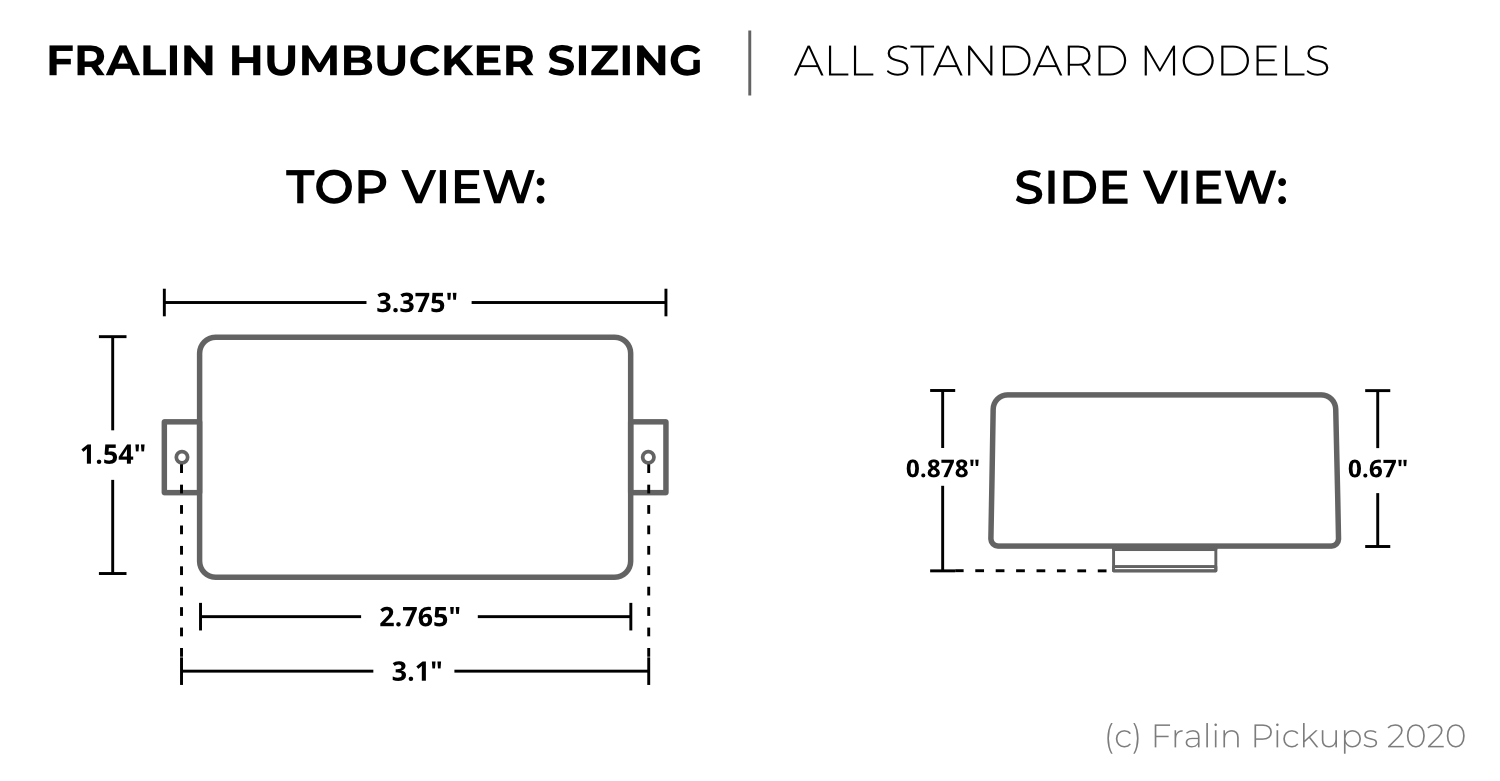 See below for our Lead color codes. For help with matching to other manufacturers, check out this resource here.

Have a question about our Alnico Noiseless P90 - Humbucker? Ask it here. Your Question will be publically visible.

Hi ! Just a question out of curiosity : I just noticed that on the set I received the magnets under the D string are beveled whereas the others are not, what is the reason/purpose to that ? What do you think about putting the alnico noiseless p90 in the neck position of a michael tuttle classic s HSH ? I’m looking for more character and classic strat neck tone versus the original humbucker which is kind of dark and muddy. Can you order the Alnico noiseless P90 with flat pole pieces instead of the standard raised one? Hi, I just received one of your Humbucker sized P90 pickups for the neck of my Les Paul. One of the middle pole pieces sticks up higher than the other. Is that supposed to be that way and do I turn the pickup so that pole is under the G or D string? This is my first experience with a P90 so pretty clueless. Thanks Which pot resistance do you recommend for the P92 pickups? 250K or 500K? Also do you have a recommended tone cap value and would they be the same for bridge and neck?

Heads Up! Asking a question here will be public to all users of this site.

Hey! Did you already ask a question on our Contact Us Form? Don't ask it again here. Please be patient while we get back to you.

Leave a review for our Alnico Noiseless P90 - Humbucker

Have a question abour our Alnico Noiseless P90 - Humbucker? Don't ask it here - Ask it by clicking here.

When combining our Alnico Noiseless P90 - Humbucker with another manufacturer's pickups, there may be phase issues. You can learn about phase by reading our series here.

You can reverse the phase of this pickup as long as you select reversible leads.

All About Lead Type

Type of Lead refers to the way your pickup connects to your guitar's electronics. Selecting the correct wrong lead can make your installation a headache. Take your time to select the correct lead for your instrument or application.

Read The Article
My cart
Your cart is empty.