The Modern P.A.F. is our Pure P.A.F. on steroids. It’s great for more modern styles of music that need a little more output and power. The Modern P.A.F. features a thicker midrange with a quick and even breakup.

The Fralin Modern P.A.F. is the second best-selling humbucker we make. We took the specifications of the 50’s Gibson® P.A.F. pickups and added more power and output. We designed the Modern P.A.F. as a stronger, thicker, and warmer version of our Pure P.A.F. This pickup is for those looking for traditional tone only a little thicker and darker. With more turns and stronger magnets, the Modern P.A.F. will break up sooner and sound warmer and beefier than our Pure P.A.F.
Our manufacturing process allows us to achieve unparalleled quality control. Modern P.A.F.’s consist of USA-Made bobbins, baseplates, magnets, and wire. We wind each pickup by hand, one at a time. Each pickup is wound using our proprietary “Sectioning” technique. This gives the pickup a sweet, clear tone.
We assemble each pickup one at a time, by hand. Making pickups this way allows us to achieve unbeatable attention to detail. After assembly, we wax-pot the pickup to preserve the pickup and prevent microphonics.

Due to supplier issues, we are discontinuing Jet Black Nickel covers until further notice. We’ll keep you updated when black comes back!

Thick, strong, yet clear. Expect loud, warm tones with darker treble strings and woolier bass strings. With distortion, this model will break up faster than our Pure P.A.F. and has a smooth and buttery grind. You’ll hear a pronounced midrange, smooth high-end and attack. AlNicCo IV magnets and Plain Enamel wire give the Modern P.A.F. a perfect balance of modern and vintage tone.
Clean tones are warm, round, and full. Single notes have a larger footprint, while bass strings sound bouncy and rich. You’ll be able to get warm jazzy tones out of this pickup with ease. Dirty tones will sound creamier and smoother than our Pure P.A.F, with a smoother attack. 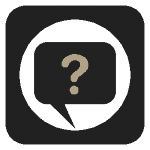 Materials
Wound with 42-Gauge Plain Enamel wire, and built with Alnico IV magnets. Options include a Zebra, Black, or Double White (50 & 52mm only). 500K Pots are recommended with this pickup.
Ohm Readings
We can wind the Neck from 7.5K – 8.5K, and the bridge from 8K-10K. The most popular set is an 8K Neck and 9K Bridge.
Sizing Information

Polarity Information
Our Modern P.A.F. will “Meter Down”. They will match most everything that we make. If buying a single, request a “3-Conductor”, where we separate the ground from the coil, allowing you to reverse the coil if need be.